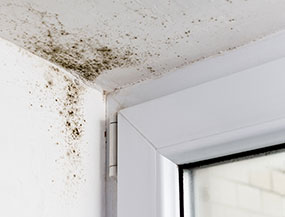 If you are experiencing eye irritation, chest congestion, headache, and itchy throat, there is a possibility you need mould removal Sydney. Many people think mould just looks bad and they do not realize that it is also a health risk.

We provide mould removal Sydney service and we have come across different types of mould. In homes where we find black mould, we recommend urgent black mould removal because that is the most dangerous kind of mould.

When you think of mould as more than just a cosmetic problem on your wall, you realize that the mould removal cost is negligible in comparison to the health risks you will be preventing. We provide affordable removal and our prices are competitive when compared with other mould removal companies.

If you suspect that your home is infested with mould, call us to carry out an assessment and if it is confirmed, we will recommend the right mould treatment procedure. Not all mould can be removed in the same way. Some kinds of mould need extra care and treatment. Not just anyone can do this. You need professional mould removal from a company like ours.

Mould in the Bathroom

If you notice any signs of mould or just want to confirm if it is present, call us immediately and we will come and assess the situation. We will give you a free quote for the removal.